Play PC games on Your Android OR IOS. 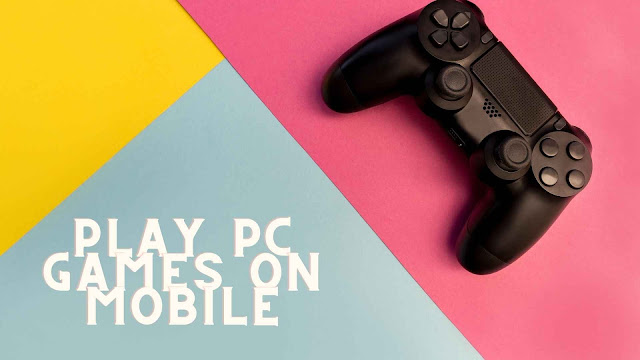 Hello Guys, yes it is possible to play heavy pc games in your Smart Phones :)
I will provide you with some software that you have to install in your mobile and just start playing pc games,
today we will talk about cloud gaming which is very popular nowadays and maybe the future of the gaming industry because it is very easy to play games online, you don't need to have a high-end pc or any GPU just install any cloud gaming service and start playing, Simple.

I took Nvidia GeForce Now on first because this is best for cloud gaming according to speed this service is amazing, this is the product of Nvidia which is a well-known company, they made powerful GPU's, Nvidia has two offers for their users the first one is free you can use Geforce now Free for 1 hour in a day and the second one is Paid Founders which price is $4.99USD this is better than all services but you have to own games :D

Vortex is a multi-platform cloud gaming service. You just connect to the Server and play on almost any kind of Internet-connected device, anywhere you go

Shadow is a cloud gaming service that gives you virtual access to a beefy PC rig. With Shadow, you can switch between devices in a matter of seconds and pick up right where you left off. Google offered a demonstration of this same feature during its Stadia reveal, but Shadow did it first. That means you can jump from a laptop to tablet to phone in a single gaming session, without losing your progress.
Pricing
$35 / month, $360 / year


you just need to have a fast internet connection, I hope this will have you if you don't have a faster internet so sorry brother this trick is not for you, you need at least 5 to 10 Mbps internet speed if you have faster then it will be best
1 comment
Labels#Tricks
Newer
Older